I have been getting loads and loads of emails and messages from guys who want me to write on this topic.And you know what, I am going to reveal to you 3 tricks that you can use to approach any girl, talk to her, get her number and leave and she won’t know that you just toasted her. 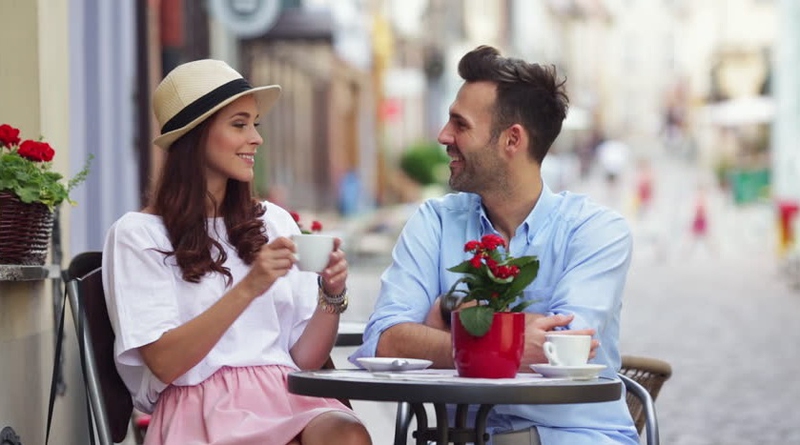 I know, sounds confusing right?Stay with me, you will get this.
Now, to what I was saying: One painful thing most guys pass through is seeing pretty gorgeous girls they would like to talk to but, due to fear of been insulted or embarrassed by the babe, what they do is to allow that fear make them not to make a move on her.Sometimes these girls are not just pretty but friendly also, yet – the very thought of walking up to her and starting a conversation makes your heart pound, with sweat pouring down your face.Then after you have succeeded in convincing yourself not to approach her, you go home and imagine all the things you would have said – if only you had approached herIt’s absolutely normal, I know how you feel – every guy feels that way from time to time.But you know what; using these secrets I am about to reveal right here you would be able to walk to any girl no matter how classy she is and get her number and she would be happy to give it to you, even if you two just met. With this secret you won’t be afraid of getting embarrassed by a girl again.Now, let’s begin…Forget whatever you’ve been told while growing upThe step by step formular to use in approaching girls is this: #1. Approach with an Ice breaker#2. Make a Rapport#3. Inject player’s conversational skills#4. Take her number and leave.Now; I will take number one first#1. APPROACH WITH AN ICE-BREAKER:THE BASICS: Most guys still approach girls with the same methods they used as teenagers. They walk up to a girl, tell her they like her and expect her to drop her number into his phone.Haba na, na jaz?Here is the hard truth, bro…so far she is more than 18, no girl will type her phone number into your phone just because you told her you like her. Not unless you are micheal jackson or jayz. Here is why: One; Girls hear “I like you all the time”. It doesn’t work anymore; it worked when she was in secondary school – but after two heartbreaks, her eyes have cleared my guy.Two; when you tell a girl that you like her, she will automatically begin to play hard to get – that is what she was trained to do from when she started getting her first toastersIf you don’t use “ice breakers” when walking up to a girl she would either not take you seriously, or she would be rude to you or she would just plainly ignore you.So what are ice breakers?They are just tricks or excuse you use just to talk to a girl and to lower her defences.Let me give you real life examples: when you walk up to a girl and say something like; “hi, I will be quick with this – I was having an argument with a friend and he said girls are more interested in money than love, you seem smart, I think you answer would make sense – what do you think, money or love – which works on you girl?”I know; it’s long abi?But guess what, it always works – every single time.9 times out of ten, this simple question has always led to a girl blabbing about how love is more important or love is more important (it never fails for me).After she has blabbed on a bit; here is the next trick – smile, say something like – “wow, that was so insightful, you be great analyser sha. My friend really needs to hear you speak – I would love to continue this conversation some other time, gat to run now”Then bring out your phone and add: “call your number, please”This is basic psychology – when you ask a girl for her phone number in this way she would have little resistance giving you her number.This is why: One; You have tricked her into believing you just want her number to further the conversation and If she says no, it would seem like she is taking the whole interaction too seriously. Two; she doesn’t have to play hard to get because you gave her the impression that you only need her opinion, and not her number so you can chyke her.This is major trick of all these players who effortlessly get girl’s number – there is nothing special about them, they just know these things, that’s all.If you just walk up to a girl you just met, sing “love poems” for her and expect her to drop her number for you then you go beg tire o.(I gave more examples of ice breakers in my e-book, The Bang Rule, see my profile for numbers to reach so you can get the e-book) Now; if she still refuses to give you her number after you have used this little trick what it means is that you didn’t use the following during your conversation with her. #2. Making a Rapport#3. Injecting player’s conversational skills
I will explain how to apply them in my next post here.By the way: I explained how to talk to girls here: If you talk to girls in these 3 ways, they will fall crazily in love with you’In my next post here on this thread, I will show you how to, One – make a rapport with a girl you just met and make her feel like you two have known for ages.This step would make her eagerly give you her number after you’ve used the icebreaker on her and finally ask for her number.But getting a girl’s number is nothing, the most important thing is making her fall in love with you afterward.
Share:

Previous Post If you talk to girls in these 3 ways, they will fall crazily in love with you’

Next Post IF YOU WANT HER TO TRIP FOR YOU, HERE IS HOW TO TREAT HER