WHAT FLIRTING IS – AND WHAT NOT

WHAT FLIRTING IS – AND WHAT NOT

DO YOU ALSO HAVE MISUNDERSTANDINGS ABOUT FLIRTING? 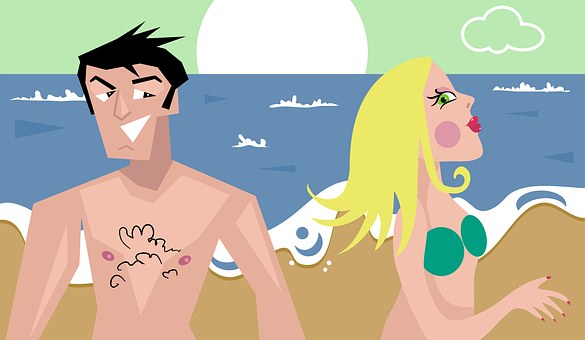 Again and again I am referred to or introduced in the press or by friends as a “flirting expert” or “flirt coach”. In the minds of people then arise images that usually have little to do with reality. Also, what “flirting” actually is and how one could learn about it, the ideas are quite different and sometimes far removed from what is actually meant by it or what I mean by it.

But admit: When I started to deal with the topic as a coach, I also had to think for a while about what a flirtation is and what he should bring the flirting; what is the difference between a flirtation and a clumsy “make-up” or “nice contact” and what I can teach people to make flirting easier in the future.

When I am asked what I “do professionally” and then cut it out just once, I was ” Flirt Coach “, most people have to ask again. And not because I mumble … It seems as if the brain is resisting the term “flirting coach”. (That’s exactly why I say it … hihi …)

For example, if you are shy, or would like to meet someone, or if you would like to improve your self-confidence, or just want a better life, then flirting would be a really helpful option.

It could be that you associate something with the term flirting, which tends to dissuade or even deter you, because you have an idea that has little or nothing to do with what flirting is .

Also, what some male “flirt coaches” understand by that is sometimes miles away from what I mean and what makes up the original definition of flirting.

So it’s worth an article to define what flirting is:

The Duden defines the “flirt” as follows:

In the Bertelsmann dictionary one can read:Flirt [ flœ: t m.] Inclination expressed by looks and words to start a love relationship, Liebelei [” flirt, flirt”, ” schöntun”, to fleurette ” flattery”, eigtl. ” Blümchen”]

And  Wikipedia explains, ” A flirt is an erotically motivated rapprochement between individuals. Here, a non-binding, superficial contact is made. The term flirt should go back to the expression conter fleurette, or the maîtresse Fleurette de Nérac King Henry IV of France. (…) “

WHAT CAN WE DERIVE FROM THIS?

IN SHORT, WHAT FLIRTING IS

Flirting is a playful approach to finding out if two people find each other good and may be willing and fit for a sexual relationship – with no commitment or guarantee that it will actually be tried or even done.

Sometimes flirting is just “pretending”: just as children play the “shop of merchants” or “family”, some adults play “flirting” as well. They know that they are not “ready and suitable” for each other, but they enjoy complimenting each other, winking at each other conspiratorially, and just having fun. Because it makes life more beautiful and it’s great to get and give positive feedback.

Flirting is a kind of game with our sexuality. – an interplay of proximity and distance, attractiveness, uncertainty, power, desire and communication.

In many countries, such as France or Italy, this game is part of the culture – flirting is what it takes. Distributing compliments, engaging in conversation with attractive strangers or using personal charm in “business” situations is completely normal and a part of life.

In Germany, however, it is more customary to only communicate or seek contact, if it is unavoidable: most people communicate only when they “want” something. A “charming encounter” between two people of different sex with a wink and a smile is rather an exception in this country. But that’s exactly what flirting is and what it means.

One reason for this is certainly a misunderstanding in the wake of emancipation :An Italian journalist once told me that the biggest difference between Italian and German women is that Italian women would not renounce their femininity as part of their emancipation. He noticed that German women often confused “equal rights” with “being equal” and that they could not even handle compliments. That might also be the reason why the German men did not know how to behave towards women.

I admit that this realization sounds seductive even to my ears, but it is not quite that “cheap”. However, it is true that the development of our society in recent decades has caused some confusion regarding intersex relations. And that’s exactly why there is always the confusion about what flirting is.

WHAT FLIRTING IS NOT

It’s not flirting when you’re stupid or stupid. It also does not flirt if you go out in the evening and look for a one-night stand. Get started, digging, towing, picking up, pick-up – all this is not flirting.

Flirting should be “unintentional”, you hear that again and again – but it makes no sense to many people, because they have an intention. And then flirting is hard again, so why should you do it?

WHY FLIRTING IS WORTHWHILE

Intoxication is not ineffective!

Actually, flirting has no other purpose than flirting. But what does that mean?

What flirting is: Getting closer and finding out if you can trust yourself, feel good, have fun.

It’s just like we used to play as kids: we pretended and played together. For fun … and because it felt good. And because we got to know the other children as well.

What is flirting? Flirting is a game for adults. A game that feels (well played) good and where you can get to know the others.

How often do you ignore people who might be open or even very grateful for a flirtation, or who could help you get better at this game just because you are either scared or the human is not “your prey scheme”? Or because you think you are being turned on or misunderstood … how sad.

If flirting is something that is “noncommittal” and “unintentional,” does it always have to be someone you would take home? Why then?

Make someone a compliment today or bring someone to laugh or smile, who is not as a partner for you in question – and see if that is not somehow fun. Because you learn to better evaluate and improve your impact on others!

The world could be a better place if we were flirting with each other more – flirting means loving to deal with another person.

Now that you know what flirting is: do you want to be able to flirt better?

To interpret flirt signals correctly: How to tell if a woman is on you

To interpret flirt signals correctly: How to tell if a woman is on you

3 Steps Of Making A Girl Fall In Love Without Spending